Why do our trains have to wait for Vande Bharat Express?: Commuters 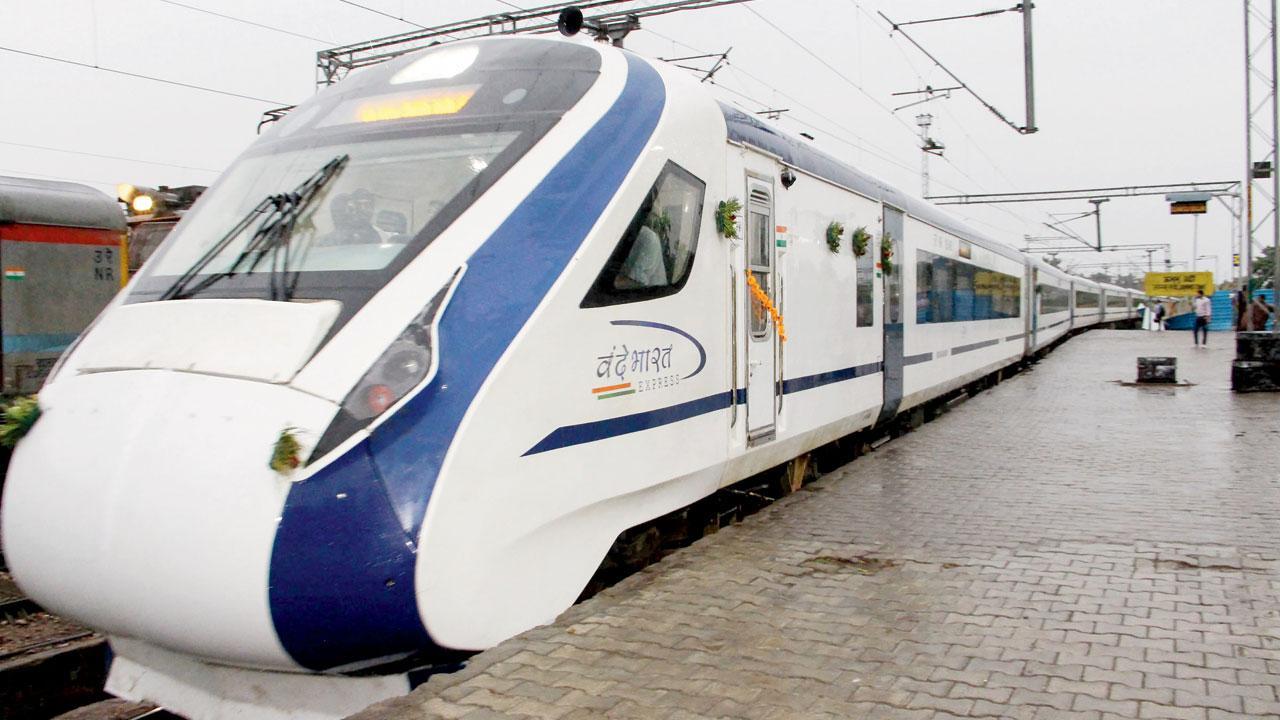 Commuters beyond Virar have been complaining that the high-profile Vande Bharat Express has been delaying other trains. A local MLA has backed their cause, writing to Chief Minister Eknath Shinde seeking his intervention to resolve the issue. There are several issues faced by passengers of the Virar-Dahanu suburban section. Many passengers have expressed frustration and anger over the treatment they are getting by Railways,” Prathamesh Prabhutendolkar of Dahanu Vaitarna Pravasi Sevabhavi Sanstha said.

“The Valsad-Bandra daily passenger train is looped at Palghar every day for at least 30 minutes for the recently introduced Vande Bharat Express due to which those on night duty are not able to attend their shifts on time. The Virar-Dahanu, Churchgate-Dahanu local trains and the Borivli-Dahanu Mainline EMU train are also looped and delayed. What we need is a readjustment of the timetable to maintain punctuality,” Prabhutendolkar said. Association members also met the divisional railway manager at Mumbai Central recently to get the issue resolved.

Members of the Dahanu Vaitarna Pravasi Sevabhavi Sanstha at a recent meeting with the divisional railway manager, Western Railway

Palghar MLA Shrinivas Vanga, who has sought the chief minister’s intervention in the matter, said, “I have written many times to the Western Railway Headquarters and Mumbai division on various issues faced by Virar-Dahanu commuters but Western Railway has yet to find a solution. The newly introduced timetable is very pathetic and every EMU (Electric Multiple Unit), MEMU (Mainline Electric Multiple Unit) and shuttle train is kept on loop from 10 to more than 30 minutes to make a way for express trains. Western Railway is under impression that only premium passengers travelling by express trains are precious and daily commuters travelling by EMU and MEMU trains have lots of time, so they can be kept waiting. This will not be tolerated at all.”

WR officials said that there are limitations beyond Virar due to the existence of just two lines and that the project to quadruple the 63-km stretch of lines between Virar and Dahanu is currently on at a rapid pace by the Mumbai Railway Vikas Corporation. “Once the quadrupling is over, the capacity constraints will end and one will be able to segregate mail express and suburban traffic, add more trains and increase frequency. The new lines are being laid on the western side of the existing lines, as the Centre’s dedicated freight corridor project is planned on the eastern side with a targeted deadline of March 2025,” an official said.

63
The stretch between Virar and Dahanu on WR in km