Watch: England fans end up at Sheikh’s palace searching for beer in Qatar! 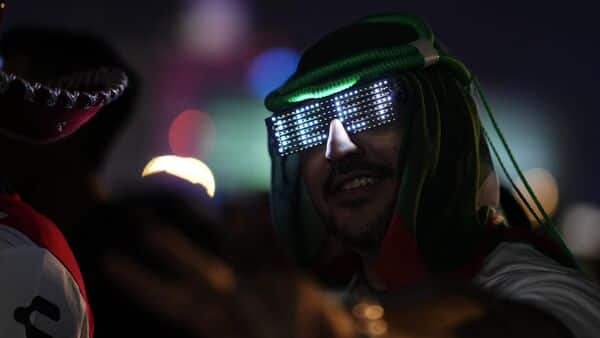 Days after Qatar banned the sale of beer at the eight stadiums where the FIFA World Cup will be played, a couple of England football team fans on 21 November ended up at the Sheikh’s plush palace in search of beer!

Following the Qatar authorities prohibited a ban on alcohol sale at the stadium, people were a bit taken back and surprised.

The incident took place on the opening day of the FIFA World Cup 2022 in Qatar, when two men from England who are in Qatar for the World Cup were hunting for beer. Their hunt led them to the Sheikh’s palace where they even came across the Sheikh’s cub.

Majeed Freeman, a Twitter user, shared the video on the platform, which went viral.

In the video, one of the person said, “”Last night, we met one of the Sheikh’s sons and he took us back to the palace and he showed us, he had lions and everything.”

“They’ve made us so welcome and look around you, it doesn’t get any better than this,” he added.

“We were on a hunt for some beers and they said ‘We’ll sort beers’, so we jumped into the back of his Land Cruiser, and ended up in a big palace,” said his friend who accompanied him to the Sheikh’s palace.

“We were in the back and he showed us monkeys, his exotic birds, it was nuts,” he further recalled.

Earlier, on 18 November, the Qatar administration banned the sale of beer. The decision was taken months of tension between Qatar admin and FIFA. Initially, FIFA sponsor Budweiser was the only beer permitted to be sold at the Qatar World Cup official venues.