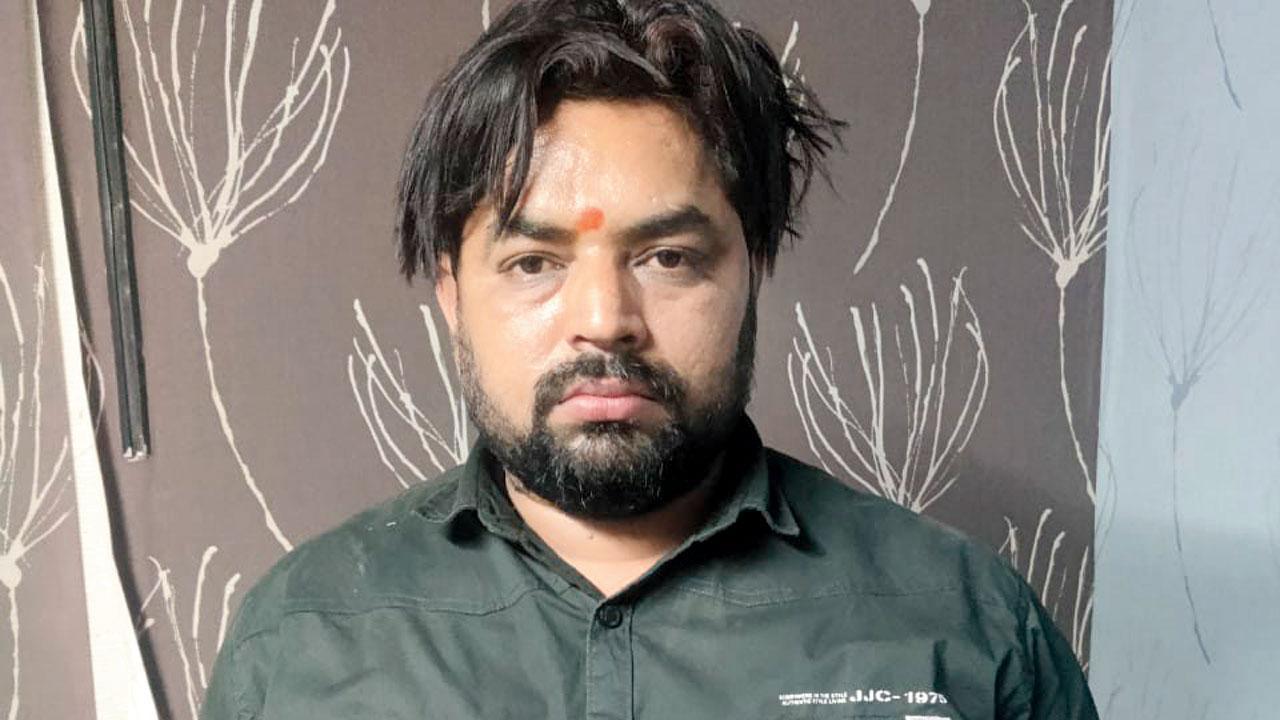 The police have arrested a person and his accomplice for extorting Rs 52.41 lakh from a Navi Mumbai medical shop owner, on the pretext of helping him. The Navi Mumbai police also booked two other accomplices who are on the run. The accused threatened the chemist from April 2021 to November 19 this year, when they were caught red-handed while accepting money.

Rajesh Patel, 50, runs a medical shop named Navratna at New Panvel. He had two workers, Milind Jadhav and Shravan Kumar Jaiswal. After working for six years with him Shravan set up a medical shop nearby. Shravan, with Patel`s list of dealers and customers, ran his shop successfully. Patel knew how he was making a profit, and often spoke about his worries to Jadhav.

Sadanand Vakurle, Jadhav’s brother-in-law, spent time at the medical shop and got to know Patel. In March 2021, Patel spoke to Sadanand about his worries. Sadanand told Patel that he would talk to Shravan and if he doesn’t listen, he would give him an understanding in stern words. On Sadanand`s insistence, Patel let him talk to Shravan.

The slap starts it

After a week, Sadanand called Patel and said he had an argument with Shravan. Later Jadhav told Patel that somebody had thrashed Shravan and he had registered a complaint in Khandeshwar police station. Worried, Patel called Sadanand who claimed he was angry as Shravan didn’t listen to him and in fact had abused him, and that’s why he (Sadanand) had taken along two men and slapped him. Sadanand also told Patel he had managed the cops.

“A week later, Sadanand demanded R1 lakh as a loan. Patel had previously lent money to Sadanand and hence gave the amount. After a couple of days, Sadanand came back and demanded Rs 5 lakh, saying on Patel`s insistence he had spoken to Shravan and landed in trouble. He said he had to give the money to the two men who helped him slap Shravan. If the money was not paid, they would tell the cops that it was Patel who had ordered the beating,” said a cop from Khandeshwar police station.

One night Sadanand landed at Patel’s door and demanded the money, saying he would inform the cops. Scared, Patel gave R3.5 lakh to Sadanand. On August 17, Sadanand showed Patel a revolver and forced him to sign a cheque for Rs 4.5 lakh. The police said the demands went on and finally Patel sold one of his flats to give the money. After losing Rs 52.41 lakh, Patel decided to approach the police, as Sadanand was demanding another Rs 5 lakh.

Assistant Police Inspector Vitthal Pisal and Samir Chaskar decided to nab the accused red-handed while accepting money. “We laid a trap near a mosque and asked Patel to bring Sadanand there. Sadanand’s accomplice was following him. When Patel handed over the money we nabbed them both. The accomplice was identified as Prathmesh Nanu Vakurle,” said API Vitthal Pisal.

The police said Patel paid Sadanand from April 2021 till November 2022. An FIR was filed against 4 persons under IPC sections 384 (Extortion), 385 (putting person in fear of injury in order to commit extortion), 387 (putting person in fear of death or of grievous hurt in order to commit extortion), 506 part 2 (threat to be cause death or hurt) and 34 (common intention). Two other accused are on the run.