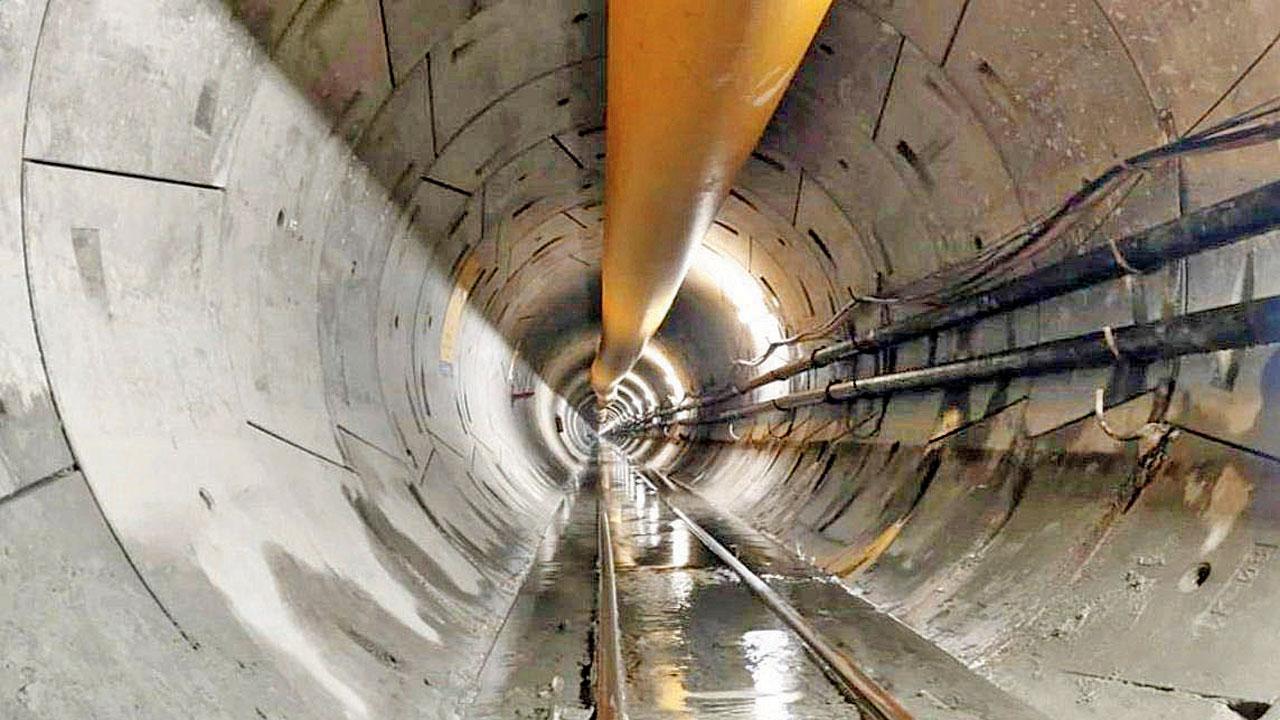 In an important milestone in the Surya water project, the Mumbai Metropolitan Region Development Authority (MMRDA) has completed two-kilometre boring work of the Tungareshwar tunnel in Vasai. Once the project is completed, water woes in Mira-Bhayandar will be a thing of the past. The tunnel is 4.45 km in length with an internal diameter of 2.85 metres.

Metropolitan Commissioner S V R Srinivas said, “We have achieved an important milestone in the 403 million litres per day (MLD) Surya Regional Water Supply Scheme, which is being implemented to provide bulk supply for the Mira-Bhayandar and Vasai-Virar City Municipal Corporations.” As per the scheme, raw water is to be lifted from the Kawadas pick-up weir, which is located downstream of the Surya dam and it is proposed to be treated at the water treatment plant at Surya Nagar.

The treated water will be transmitted via a gravity main along state highway no 30 and national highway no 8 up to the Vasai-Virar City Municipal Corporation`s master balancing reservoir at Kashidkopar and Ghodbunder in the Mira-Bhayandar Region (MBR). The further distribution is to be managed by the distribution systems of the local bodies concerned. The project is aimed at enhancing the existing supply of drinking water to the western sub-region of MMR.

4.45
Total length of tunnel in kilometres