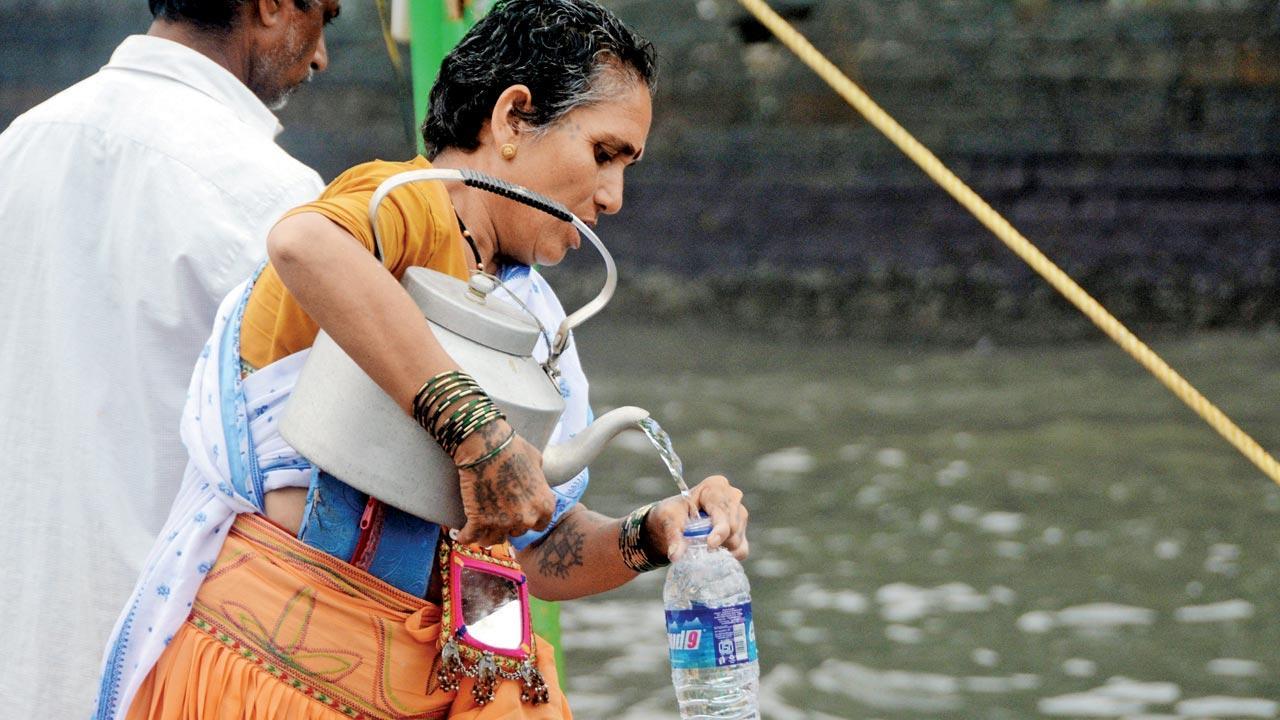 One of the many highlights at the just concluded Spoken Fest was an
interactive installation by Ministry of Mumbai’s Magic, based on reliving and reimagining the city. “The installation comprised two game walls — Take One, Leave One, and a match-the-following activity,” Manpreet Matharu, creative lead, told this diarist. One wall invited attendees to pick a badge with themes like flora, fauna and green spaces in exchange for their memories of the city, interests and suggestions on the topic; another shared data about sustainability. The installation was visited by over 2,000 participants, said Matharu, adding that the collated content will help decode how the platform can mobilise folks and action their suggestions for a better Mumbai.

The protest at Azad Maidan was held on World Fisheries Day, which is celebrated to mark the importance of protecting healthy ocean ecosystems and safeguarding the interests of fisherfolk. Pics/Sameer Markande

Yesterday, on World Fisheries Day, thousands of fishermen, villagers and local activists from Dahanu and Palghar boarded all available means of transport to reach Azad Maidan where a morcha to the Mantralaya was held to protest against the proposed Vadhawan Port. The newly proposed site situated near Dahanu, in Palghar district, will be the state’s third major port and India’s first mega port, being executed jointly by Jawaharlal Nehru Port Trust (JNPT) and Maharashtra Maritime Board at a cost of Rs 65,000 crores. The port, a part of the ambitious Sagarmala national project, has a 20-m draught depth. “A Central Marine Fisheries Research Institute [CMFRI] survey shows that the project will impact livelihoods of 20,809 fisherfolk, including 500-plus families in 16 villages within a 10km radius of the port,” shared Devendra Tandel, president of Akhil Maharashtra Machhimar Kruti Samiti. Tandel added that it will be the first project that will take more livelihood than give jobs because as per RTI information, jobs that will be created by this project are 1,000 direct ones and 6,000 indirect ones. “This doesn’t do justice to the economic equation of Palghar district because its construction will reclaim 17,500 hectares of sea, and further restrict fishermen in 13,000 hectares of sea. It won’t affect just 20,000 fishermen; overall restrictions mean that over one lakh from adjoining Uttan, Vasai, Satpati and Palghar will be indirectly affected,” he rued.

To Laad sir, with love

Coaches make players, but they rarely get as much attention and honour as their mentees do. Mumbaikar Dinesh Laad is one who has worked relentlessly to give us top class cricketers, India skipper Rohit Sharma, the first class player Shardul Thakur and many others. A cricket-crazy young politician from Nagpur, Hemant Gadkari, who is regional general secretary of Maharashtra Navnirman Sena and heads a local institute, Shivraj Pratishthan, travelled all the way from a distant town to Mumbai last week to express his gratitude towards Laad. He went to Vivekanand International School ground where the coach trains budding cricketers. “Laad sir was so gracious and humble. He told me the Rohit Sharma story, right from his school days to the international debut,” said Gadkari, who had dabbled with bat and ball in his school days. It was a pleasant surprise for Laad to see an upcoming politician reaching out to him for thanksgiving. There is more in store for Mumbai’s under-14 coach. The President will be honouring him later this month with the country’s highest Dronacharya Award which recognises the illustrious coaches.

Bandra’s pizza scene is getting upgraded to the upper crust. The folks behind the celeb-hotspot Bastian are set to open a new restaurant at Linking Road that will dole out a fun combination of artisanal pizzas, decadent desserts and imaginative cocktails. Bizza, this diarist learnt, is helmed by chef Danniel Punzo (ex-Four Seasons and Fairmont properties in Mexico) and executive pastry chef Shreya Aggarwal. “It will open in the last week of November. Expect a striking, cosy vibe. Bizza is set to become a neighbourhood favourite, where people can visit for a relaxed meal or a high-energy evening,” Ranjeet Bindra, founder-CEO, Bastian Hospitality Pvt Ltd, told us. 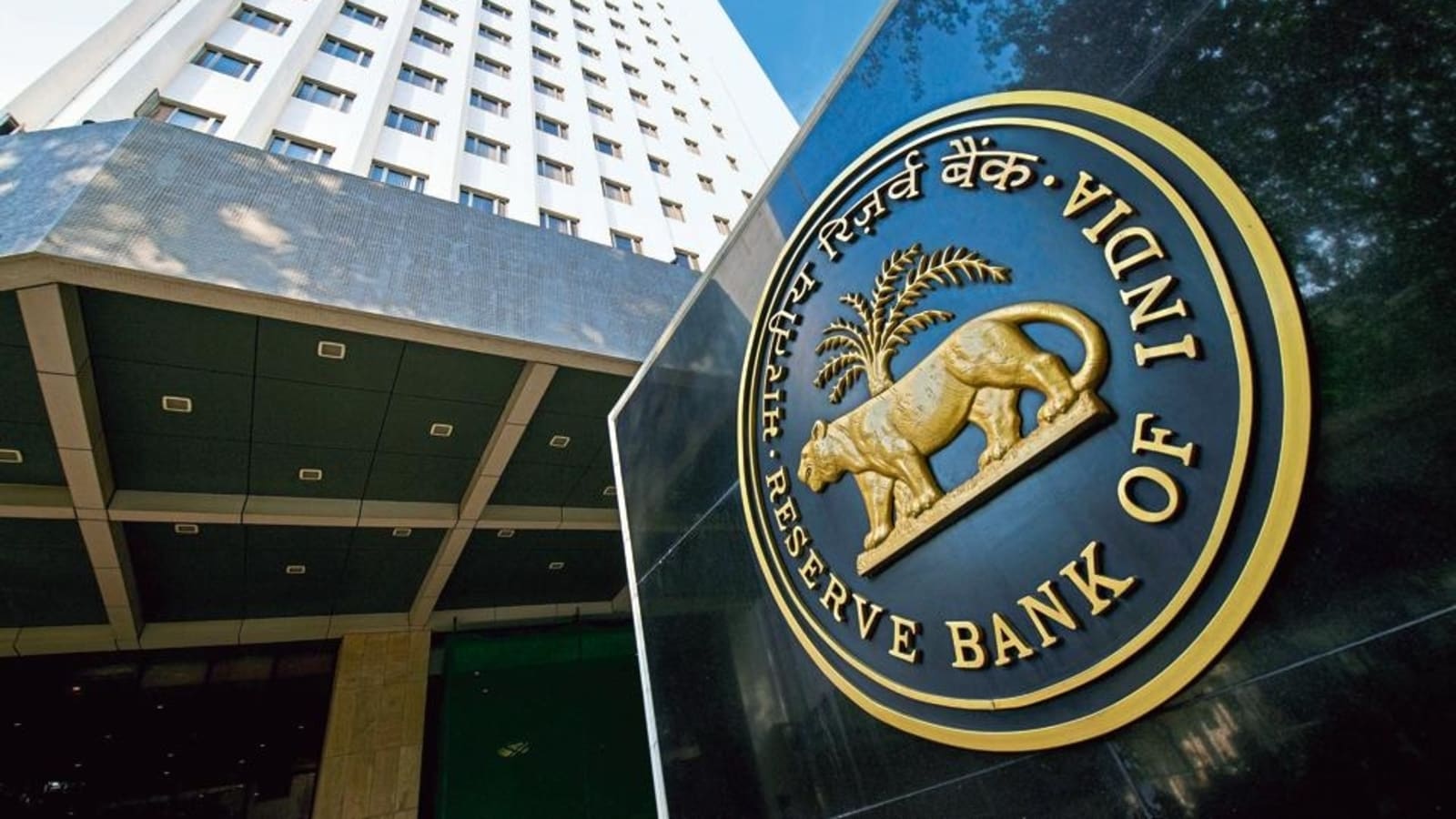 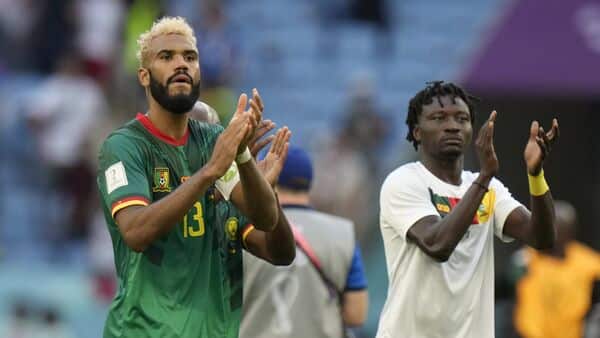