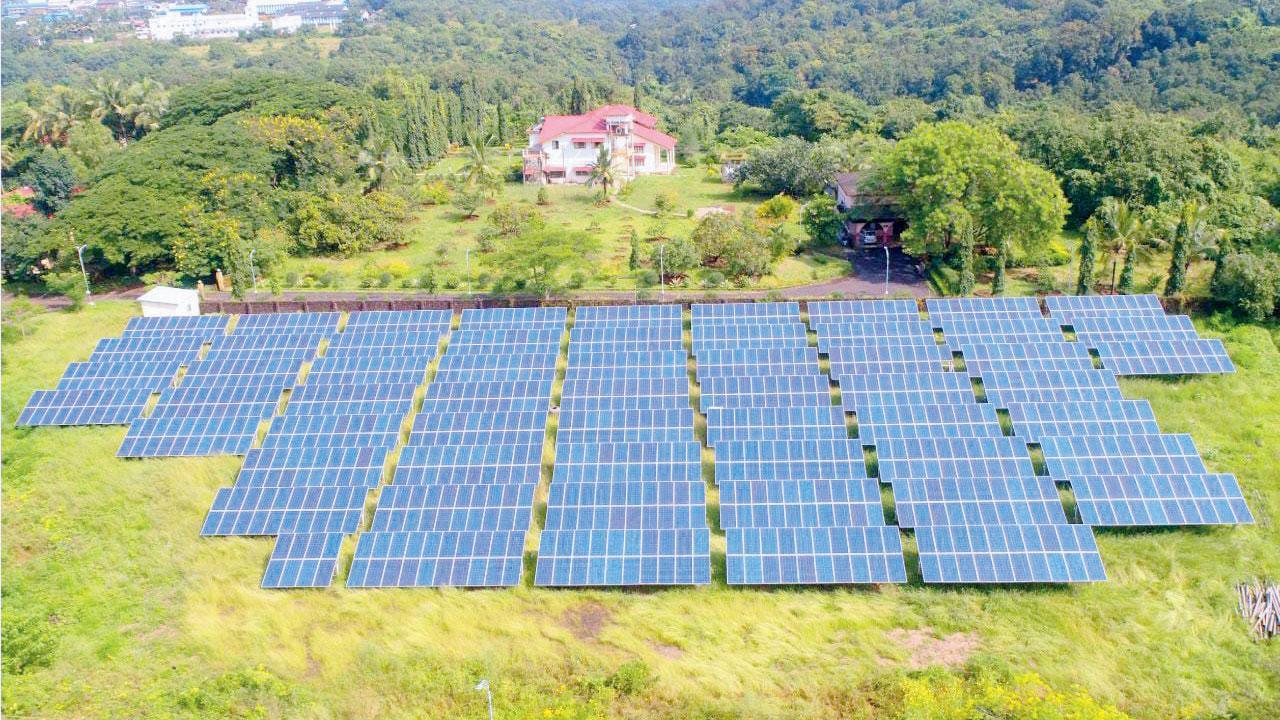 Konkan Railway has started harnessing solar energy, and as of today 10 stations on the line have roof-top solar panels and generation capacity.

Of these stations, Ratnagiri is the only one that has become self-sufficient thanks to solar power, Konkan Railway officials said on Tuesday. The other nine stations are Kankavli, Madgaon, Chiplun, Kudal, Sawantwadi, Thivim, Udupi, Karmali and Khed.

“To promote the use of clean energy, Konkan Railway has installed a solar power plant of 350 kilowatts peak (KWp) at Ratnagiri, 180 KWp at Madgaon, 25 KWp each at Chiplun, Kankavli and Kudal, 20KWp each at Sawantwadi and Karmali, 7 KWp each at Thivim and Udupi and 2 KWp each at Khed, Chiplun and Kankavli stations,” a KR spokesperson told mid-day.

The unit kWp refers to the peak power of a photovoltaic system or panel. “So far, 34.21 lakh units’ energy has been generated by the ten plants, saving Rs 380.63 lakh till date,” he added.

The 350-KWp-capacity solar park installed at Ratnagiri station is capable of meeting the full power requirement of not only the station but also its premises. A wind and solar hybrid renewable energy system has also been set up at Konkan Railway level crossing gates and stations.