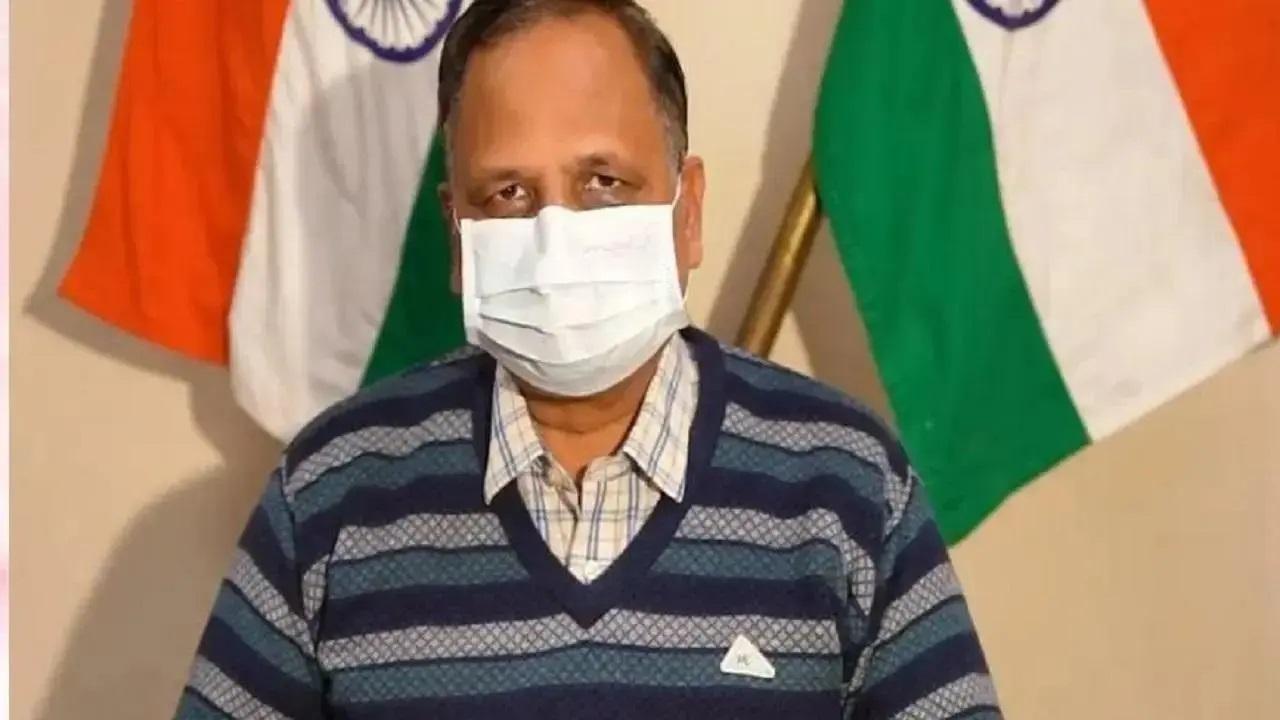 A CCTV video of Delhi minister Satyendar Jain getting a full body massage in Tihar Jail has emerged on social media – two days after demands to shift the minister from the prison were raised by the Bharatiya Janata Party (BJP).

Jain was arrested on May 30 by the Enforcement Directorate (ED) on allegations of money laundering.

The purported CCTV footage dated September 13 shows the minister lying on his bed and reading some papers while a man sitting next to him is seen massaging his foot.In another video, shared by BJP national spokesperson Shehzad Poonawalla on his official Twitter handle, a man is seen massaging the Delhi minister`s legs and back before proceeding to give him a full head massage.”So instead of Sazaa – Satyendar Jain was getting full VVIP Mazaa? Massage inside Tihar Jail? Hawalabaaz who hasn`t got bail for 5 months get a head massage! Violation of rules in a jail run by AAP Govt,” Poonawalla tweeted along with a video.”This is how official position abused for Vasooli and massage thanks to Kejriwal,” he added.

The videos surfaced on social media on Saturday, around 10 days after the ED accused Delhi minister Jain, who was arrested in a money laundering case, of getting special treatment inside the Tihar jail.

“Unknown persons were giving massages and foot massages to Mr Jain, even beyond curfew hours. He was given special food,” the ED had said in a court.

Soon after this, the Superintendent of Delhi`s Tihar jail, Ajit Kumar, was also suspended for the alleged VIP treatment of jailed Delhi minister.

The minister, Jain, was arrested and has been in jail since June in connection with a money laundering case, and his bail application was also denied by a Delhi court on Thursday.

Trial court recently ordered ED and minister Satyendar Jain`s legal team not to leak any content of affidavits and video in this regard. Court had also taken the undertaking of both sides. There was however, no restriction/direction were passed for media.

The move comes after the ED in an affidavit in October end informed a Special Delhi Court that Satyendar Jain, who is in jail in connection with a money laundering case, was being given “special treatment” inside Tihar Jail.

ED has alleged in its affidavit that Jain`s wife, Poonam Jain, has been given access to his cell and she meets the Delhi Minister beyond the limits permissible.

The agency also submitted CCTV footage of Jain purportedly receiving a body massage from an unidentified person inside his cell. CCTV footage also showed the jail superintendent meeting him regularly.

During its arguments earlier in court the ED had submitted that there are witnesses and materials sufficient to make out a case of money laundering against the Delhi minister.

Additional Solicitor General appearing for the ED submitted that the accused was involved in money laundering with other accused. He sent money to Kolkata-based companies and that money belonged to Jain. He is the conspirator and kingpin.

The Rouse Avenue Court on November 17 dismissed the bail petition of Jain in the ED case and said the accused Satyender Jain had knowingly done such activities to obliterate the tracing of the source of ill-gotten money and accordingly, the proceeds of crime were layered through Kolkata-based entry operators in a way that its source was difficult to decipher.