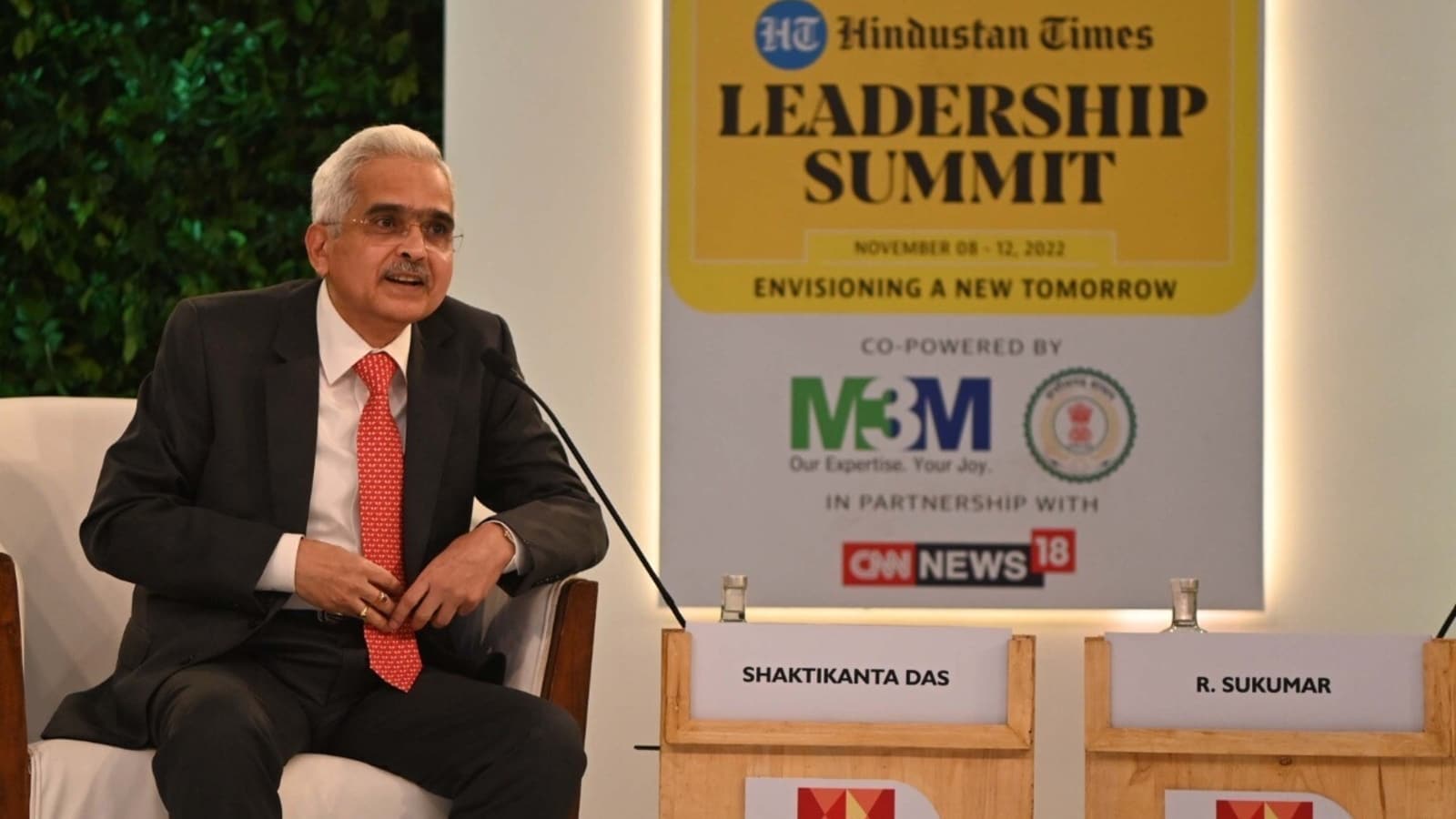 
The Ukraine conflict impacted India’s economy, but the retail inflation has likely eased below 7 per cent in October, Reserve Bank of India (RBI) governor Shaktikanta Das said at the Hindustan Times Leadership Summit 2022 on Saturday.

In February, Das said, the inflation rates were projected at 4 per cent. “We projected that our inflation would be maximum even at USD 100 dollar a barrel crude oil. But after the Ukraine war, the sudden spike in the prices of essentials led to uncertainty, which triggered inflation worldwide and our country was also affected,” he said.

1. The overall Indian economy remains resilient as compared to other countries during the Covid turmoil. We have a major challenge in terms of inflation. We expect the October number to be less than 7 per cent. If inflation is above 6 per cent for three straight quarters, it will be treated as a monetary policy failure.

2. The law requires that when for three consecutive quarters, if the inflation remains above 6 per cent, it will be treated as a failure of monetary policy and the RBI is required to write a letter to the Central government. i) Reason behind it. ii) Steps it proposes to undertake. iii) What is the timeframe within which we expect inflation to come back to the target level.

3. The central bank remains committed to bringinginflation down to 4 per cent.

4. Challenges- inflation- a matter of concern. Dealing with effectively. Any inflation above 6 per cent is detrimental to growth.

5. It is too premature to enter into this debate. RBI believes, we should not enter this debate… If there is a simmering geopolitical crisis, if will see the end of global inflation.

6. The first objective of our market intervention in the Forex market is to ensure an orderly movement of the exchange rate. The second is to anchor market expectations. If the RBI doesn’t intervene, the market takes it as the rupee will depreciate and RBI is indifferent and agnostic to it. That will fuel further depreciation. Third – the stable exchange rate regime is at the core of the overall financial stability of a system.

7. Every innovation has to be well regulated when it is commercialised or implemented as a financial intermediary.

9. The future belongs to technology. The world is changing, the way business is done is changing…you have to keep pace with times.

10. On the autonomy of central banks, Das said there has to be coordination between the monetary authority (RBI) and the fiscal authority (govts). Compromise doesn’t mean autonomy. There is an interdependency between each other. The RBI also needs the government because we need legislative changes. Let me also mention that many legislative changes have been carried out over the last three or four years, we got additional power to deal with NBFCs, and we got additional powers to deal with the problem of urban cooperative banks.