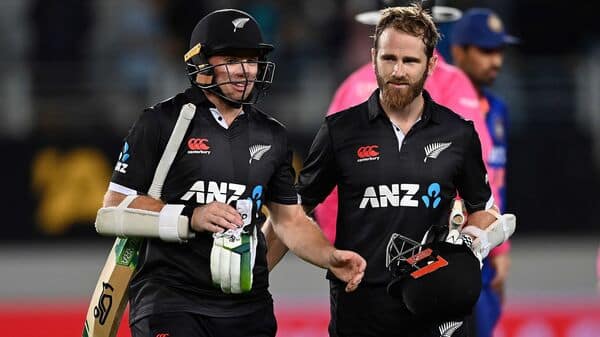 After losing the T20 Series by 0-1 against India, New Zealand on 25 November defeated India by 7 wickets with 17 balls remaining in the first match of the ODI series, played at Eden Park.

Though the Indian batters scored a huge score of 306 runs after losing 7 wickets — all thanks to Shreyas Iyer (80), Shikhar Dhawan (72) and Shubman Gill (50), Indian pacers could not save the match.

Latham in his innings hit 19 boundaries and five sixes, while Williamson hit seven fours and one maximum. Latham also became the player of the match.

On the bowling side, Tim Southee and Lockie Ferguson took 3 wickets each, while Adam Milne clinched 1 wicket against India. On the contrary, India’s Umran Malik took 2 wickets and Shardul Thakur picked one against the Kiwis.

With this win, the Kiwis are now leading the three match ODI series by 1-0. The next match will be played on 27 November at Seddon Park stadium from 7 am onwards. (IST).