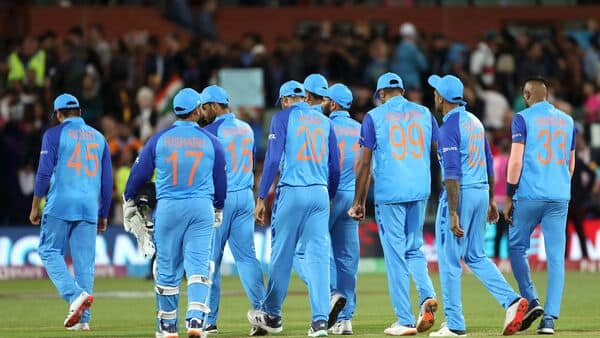 With England thrashed India in the 2022 T20 World Cup semi finals by 10 wickets on 10 November, India’s dream to become world champions has shattered once again.

India’s defeat in this tournament marked their seventh knockout defeat in an ICC tournament since their Champions Trophy win in 2013.

Commenting on the India’s defeat, Sharma said that one can’t team people how to handle pressure.

Speaking post-match to the reporters, Sharma said, “You cannot go and teach people how to handle pressure,” adding, “Lot of these guys play under pressure in IPL and some of them are able to handle that. When it comes to knockouts, it is about keeping calm.”

He admitted that India’s bowling was weak which was key differentiator between the two sides and the area where India lost the match.

“We still batted well at the back end. Not good enough with the ball, definitely not a wicket where a team could chase in 17 overs. We just did not turn up with the ball,” he said.

“We were a bit nervy the way we started with the ball. We wanted Bhuvi to keep it tight, on the stumps, we knew where runs are scored in Adelaide, square of the wicket, we spoke about that, but that did not happen.”

After winning the toss, the England skipper Jos Buttler decided to bowl first against India at Adelaide Oval. In the first over itself, India’s opener KL Rahul lost his wicket.

Despite a sloppy start, India could not manage to keep up its wickets and keep losing them. However, Virat Kohli and Hardik Pandya fueled up the tempo and India somehow managed to score 168 by losing 6 wickets in 20 overs.

For the England’s side, Chris Jordan took 3 wickets, while Adil Rashid and Chris Woakes clinched a single wicket each.

When England came to chase, it looked like they wanted to dominate Indian bowling from the very beginning and did that too. The opening partnership by Jos Buttler (80) and Alex Hales(86) did the magic for England, as they defeated the Indian side in just 16 overs.

Now England will play against Pakistan for the ICC T20 World Cup 2022 trophy at the Melbourne Cricket Ground on November 13.